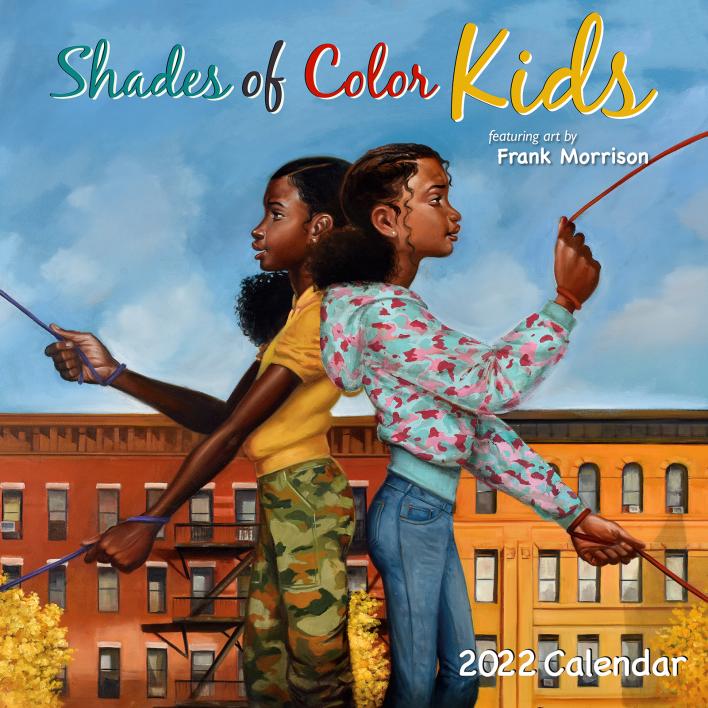 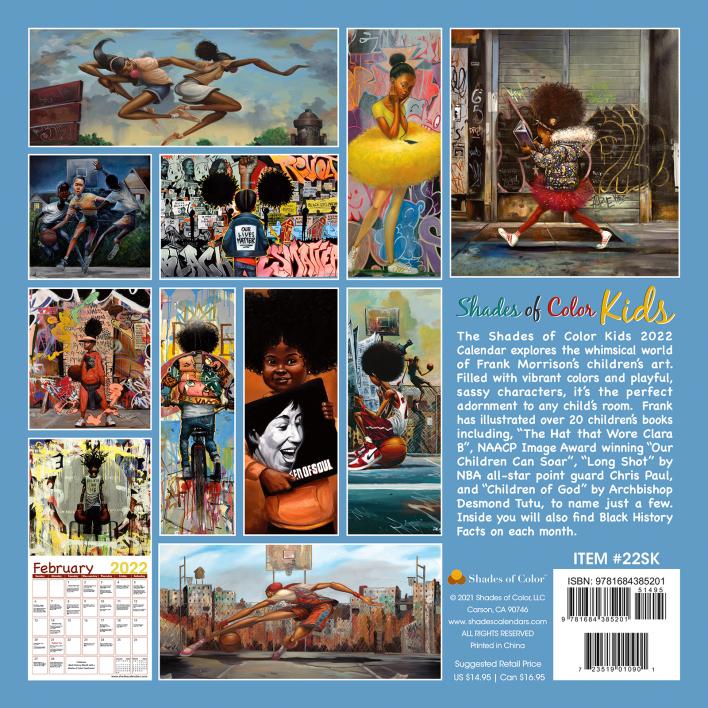 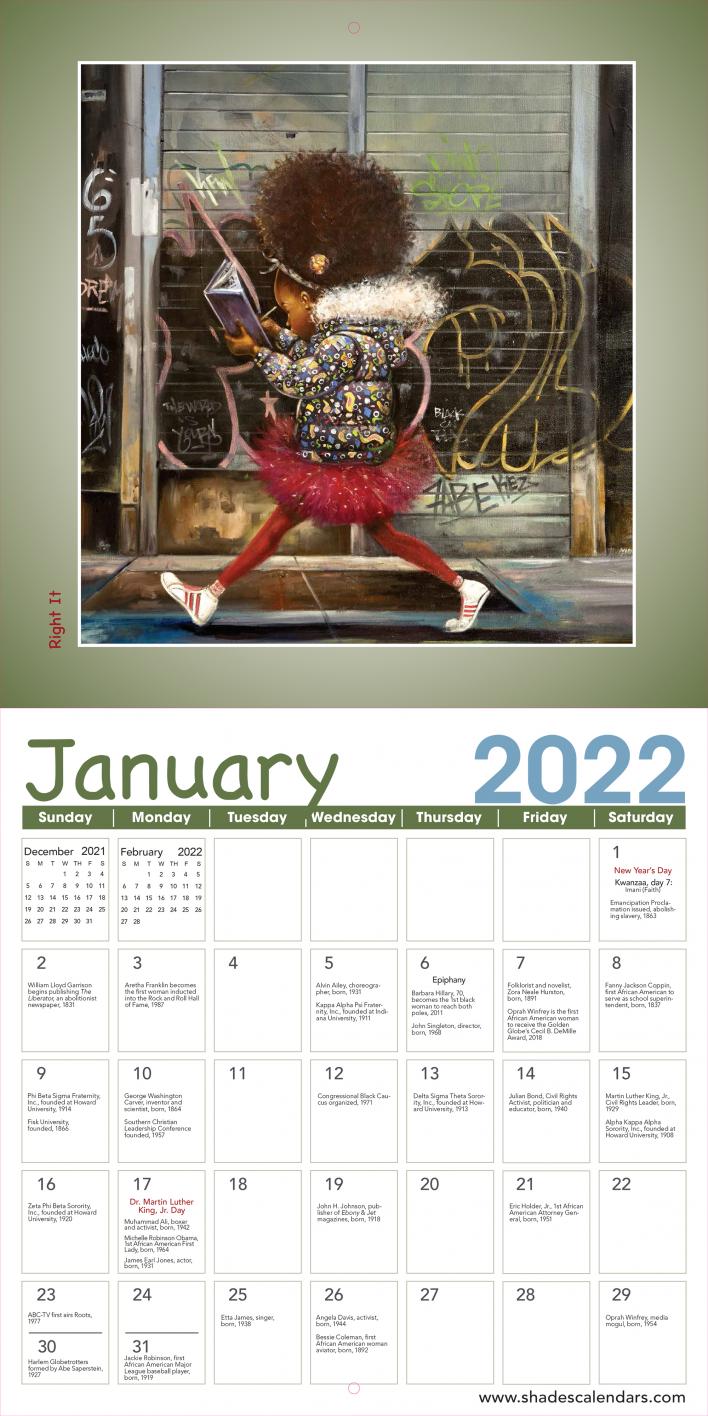 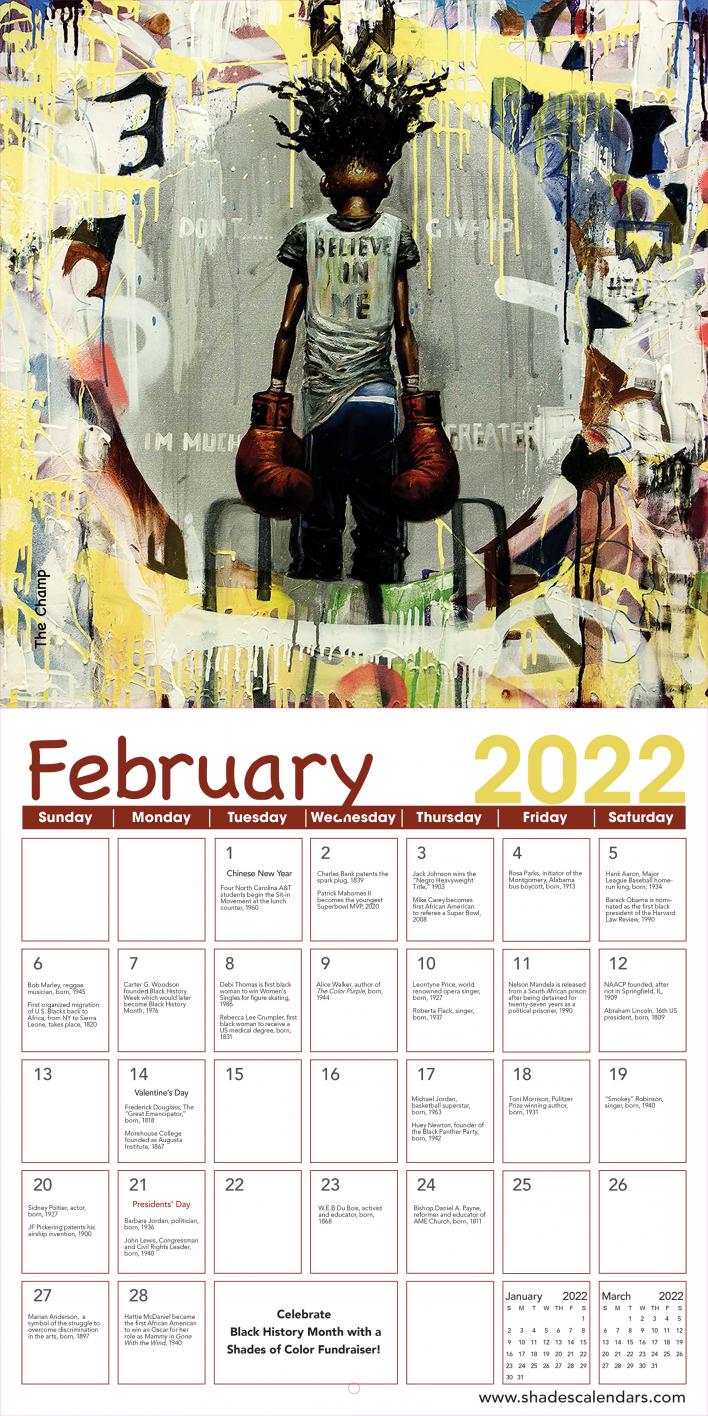 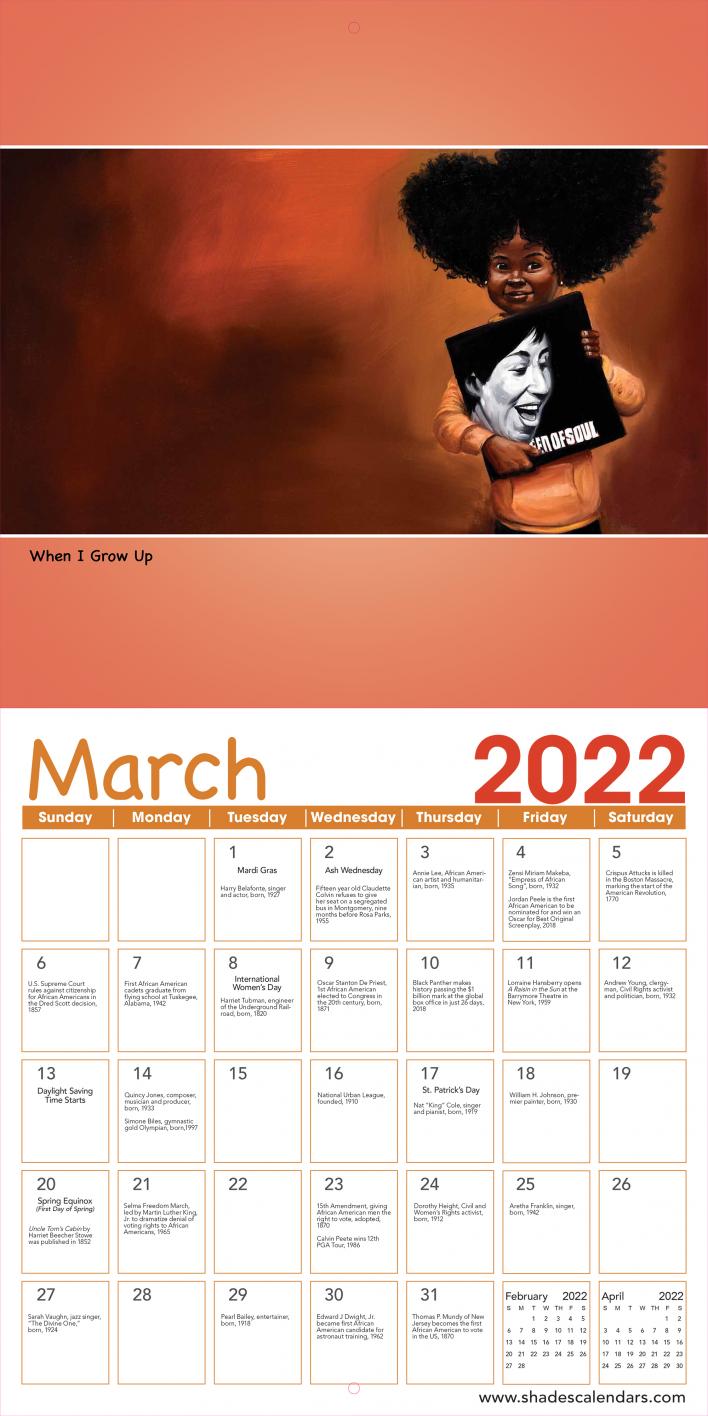 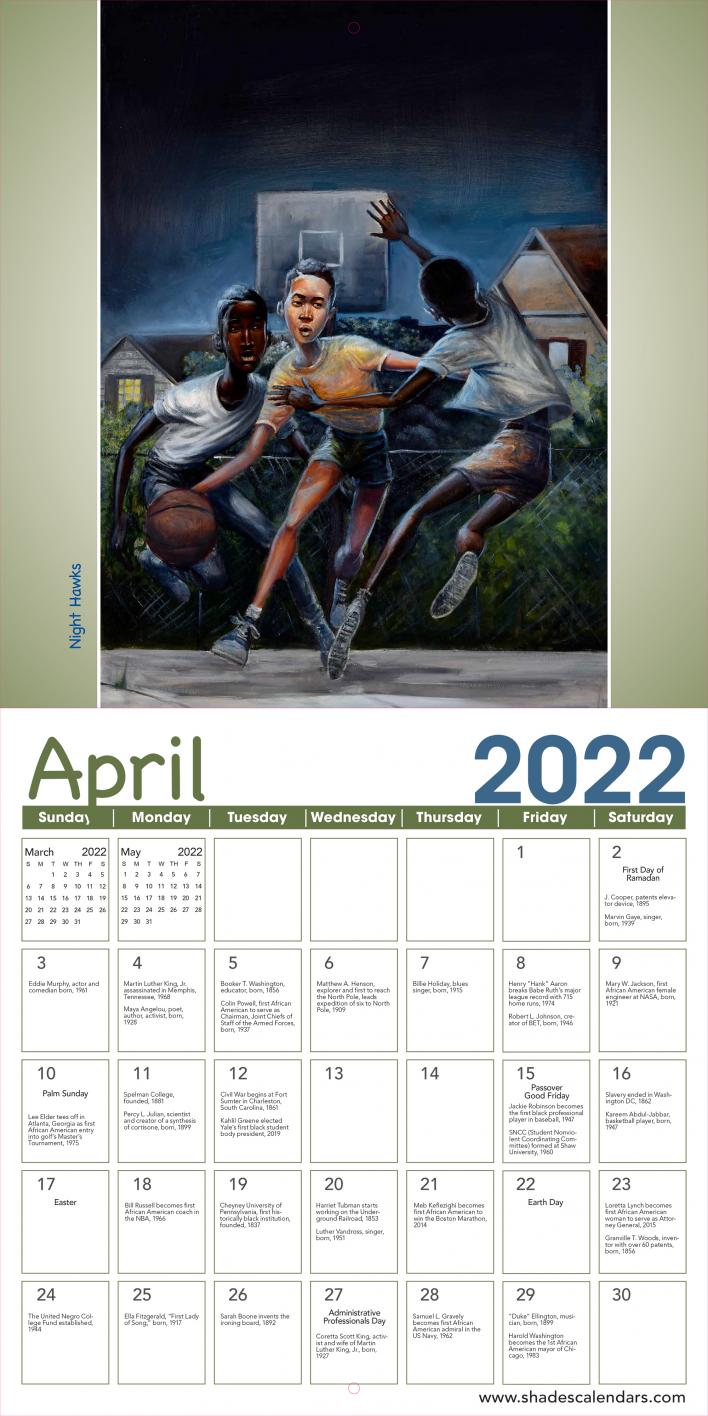 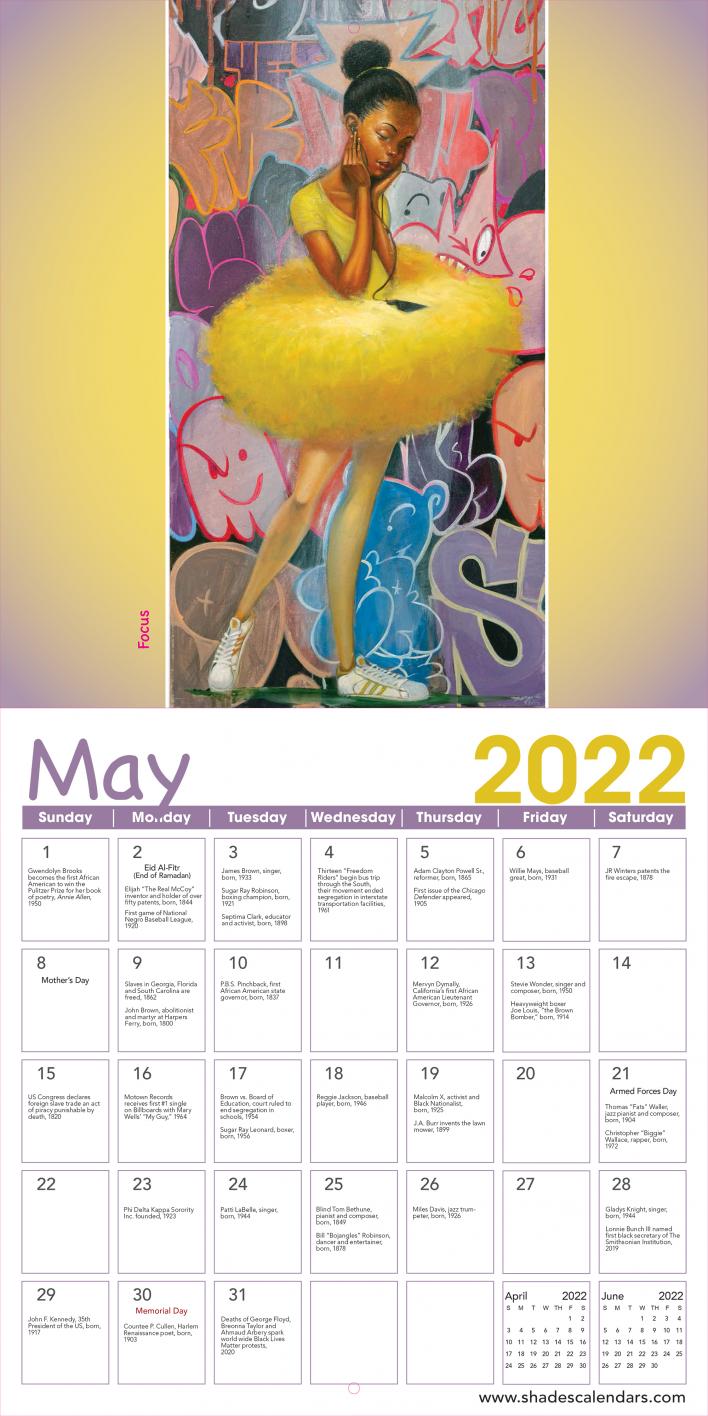 Not Available For Wholesale

The delightful Shades of Color Kids 2022 African American wall calendar, explores the whimsical world of Frank Morrison’s children’s art. Filled with vibrant colors and playful, sassy characters, it is the perfect adornment to any child’s room. Frank has illustrated over 20 children’s books including, “The Hat that Wore Clara B,” Queen of the Scene by Queen Latifah,” NAACP Image Award-winning “Our Children Can Soar,” “Long Shot” by NBA all-star point guard Chris Paul, and “Children of God” by Archbishop Desmond Tutu, to name a few. The Shades of Color Kids 2022 African American wall calendar includes Black History facts throughout.

Frank Morrison was born in Massachusetts and later moved to New Jersey where he was inspired by local D.J’s and colorful ‘tags’ splashed across the neighborhood. His own eye for colorful ‘tags’ brought him considerable ‘street recognition’ and local acclaim. He soon became a “B” boy–break-dancer, touring the US and Europe. It was at the Louvre Museum in Paris that he “met his muse” and returned to New York with a renewed vision and an informed eye. Frank developed an expressive style of his own. His initiatives include publication of over 20 illustrated children’s books. His power and inspiration are products of his deeply religious grounding and his loving commitment to his family. Each of his paintings bears his signature, of course, accompanied by the notation “TTG” representing and reminding all of his “Thanks To God” for the blessings of his gifts–his family and his talents.

Order EARLY For The Holidays! Dismiss