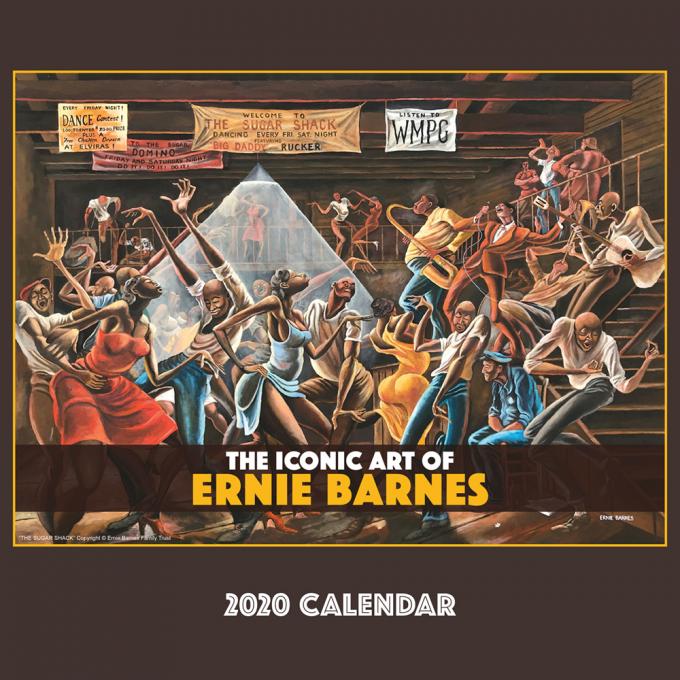 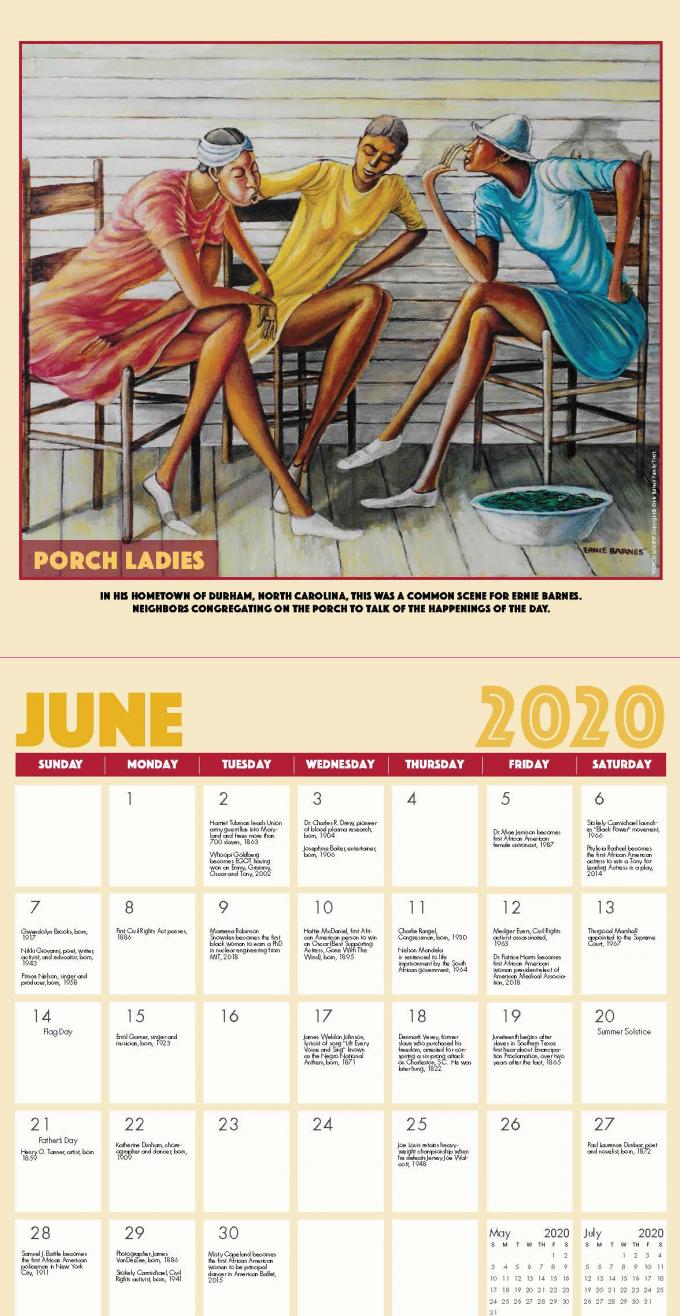 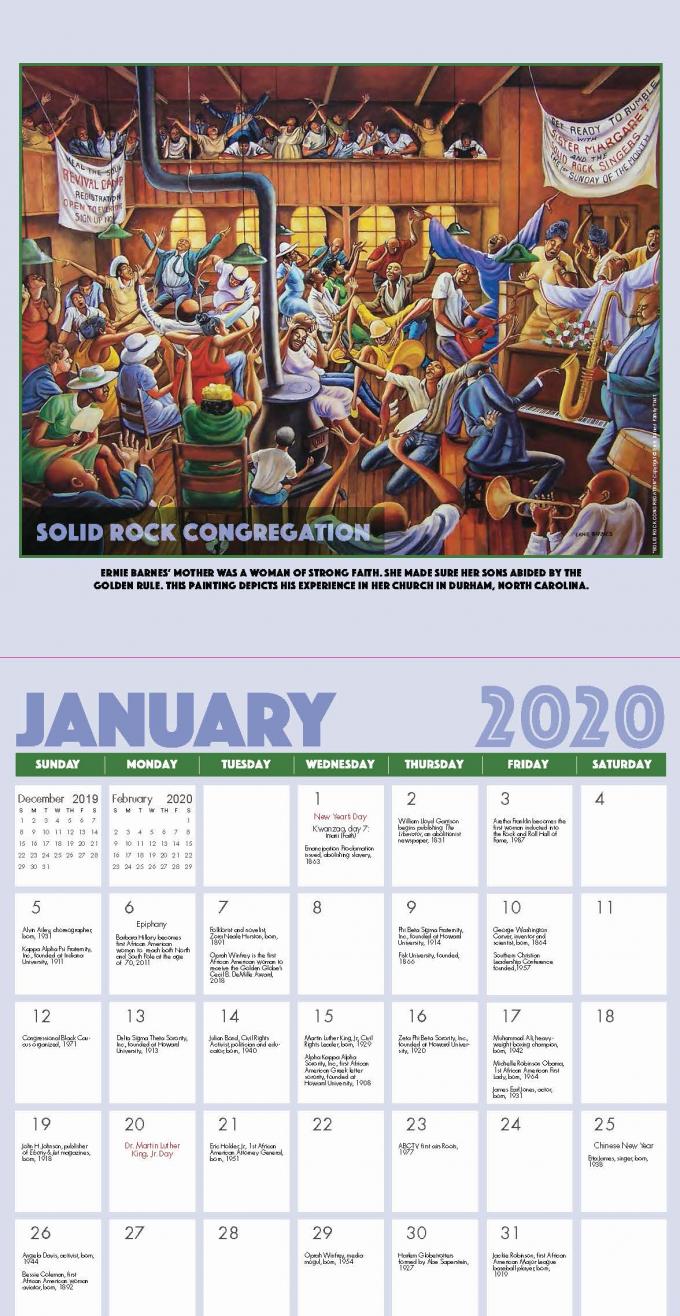 In the Iconic Art of Ernie Barnes 2020 Wall Calendar you will feel the intersection of Ernie’s expertise in movement of the human body coupled with his gift of expression. Considered one of the leading African American artists of all time, Ernie Barnes is best known for his unique style of elongation and movement. After five seasons as an offensive lineman in the NFL, he soon shifted his talents off the field and retired at the age of 28 to devote his life to art. Black History facts are included all year as well as monthly facts in In the Iconic Art of Ernie Barnes 2020 Wall Calendar.

Ernest Eugene Barnes, Jr. was born July 15, 1938, in Durham, N.C. and died April 27, 2009, Los Angeles.  He drew inspiration from his years (1960–64) as a football player for a series of professional teams (the New York Titans, the San Diego Chargers, and the Denver Broncos) to create vibrant motion-filled paintings featuring elongated figures of athletes, dancers, and other people in action. Barnes’s figurative works were energy-infused and provided glimpses of African American life. As a youth in Jim Crow-era North Carolina, Barnes was prevented from entering the college of his choice, but he received a football scholarship to attend North Carolina College (now North Carolina Central University) in Durham. There he studied art but was not encouraged to pursue a career as an artist. After his pro football career ended in 1965, Barnes devoted himself to painting. He became the official artist of the 1984 Los Angeles Olympic Games. One of his most famous paintings, Sugar Shack (1971), graced the cover of singer Marvin Gaye’s album I Want You and appeared during the closing credits of the television program Good Times. Other notable works include The Dream Unfolds, which commemorated the 50th anniversary of the National Basketball Association (NBA), and Fastbreak, created for NBA Los Angeles Lakers owner Jerry Buss. Barnes’s paintings were collected by the owners of other professional football teams as well as by celebrities and private collectors. In addition, his 1970s traveling exhibition “Beauty of the Ghetto” featured such signature works as Storyteller, High Aspirations,and The Graduate.