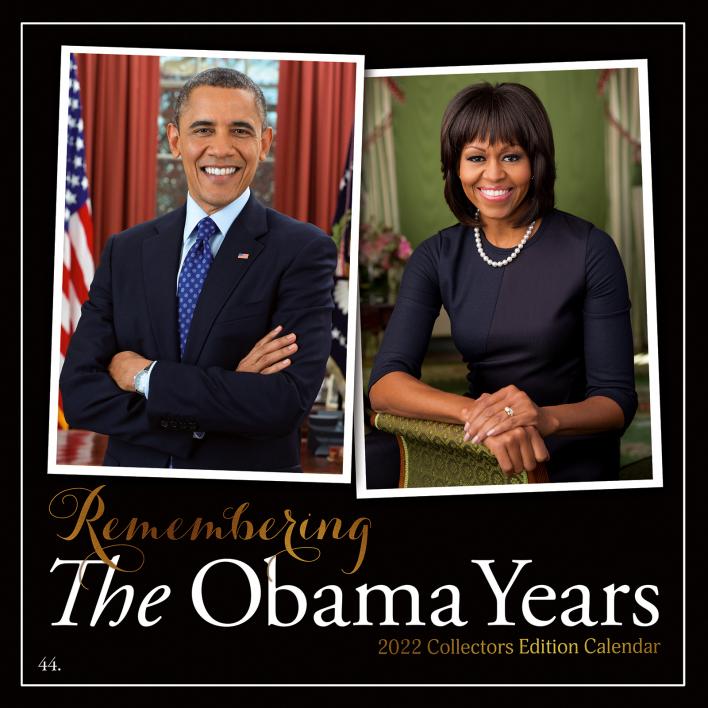 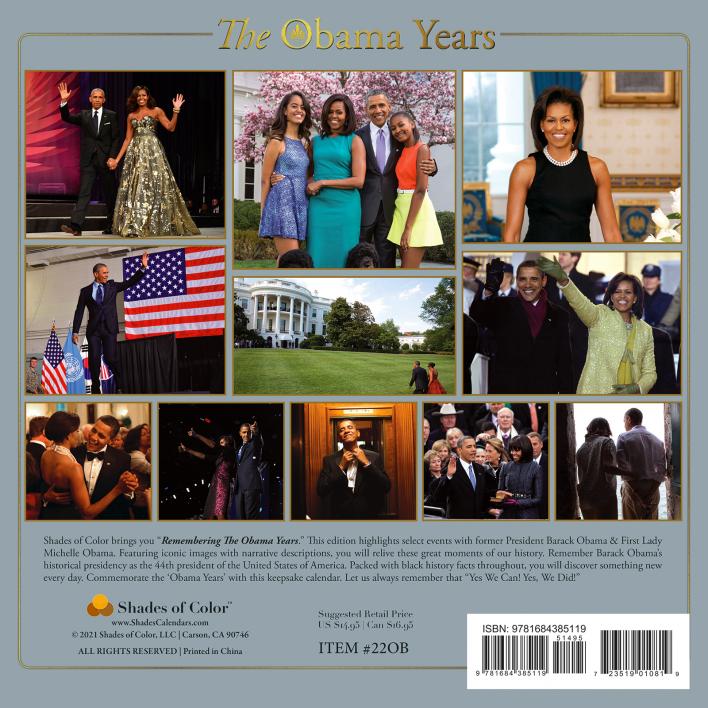 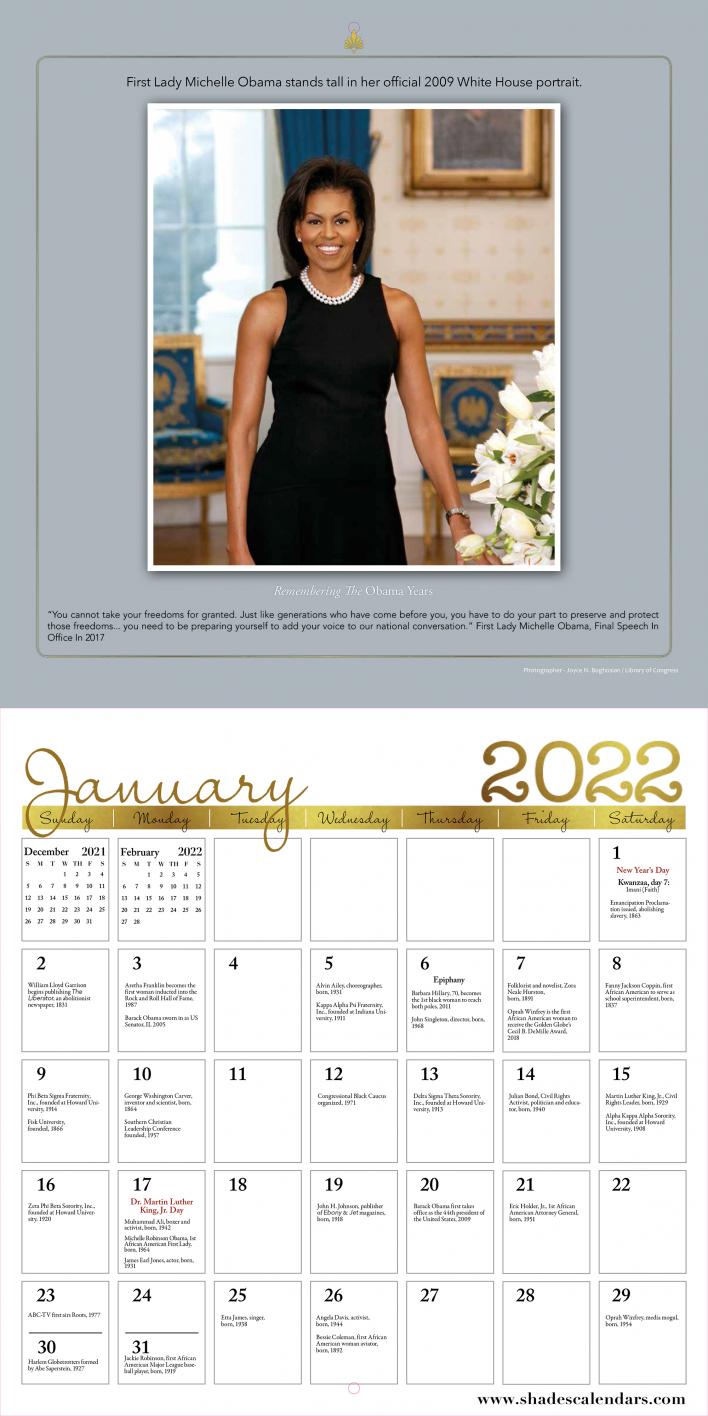 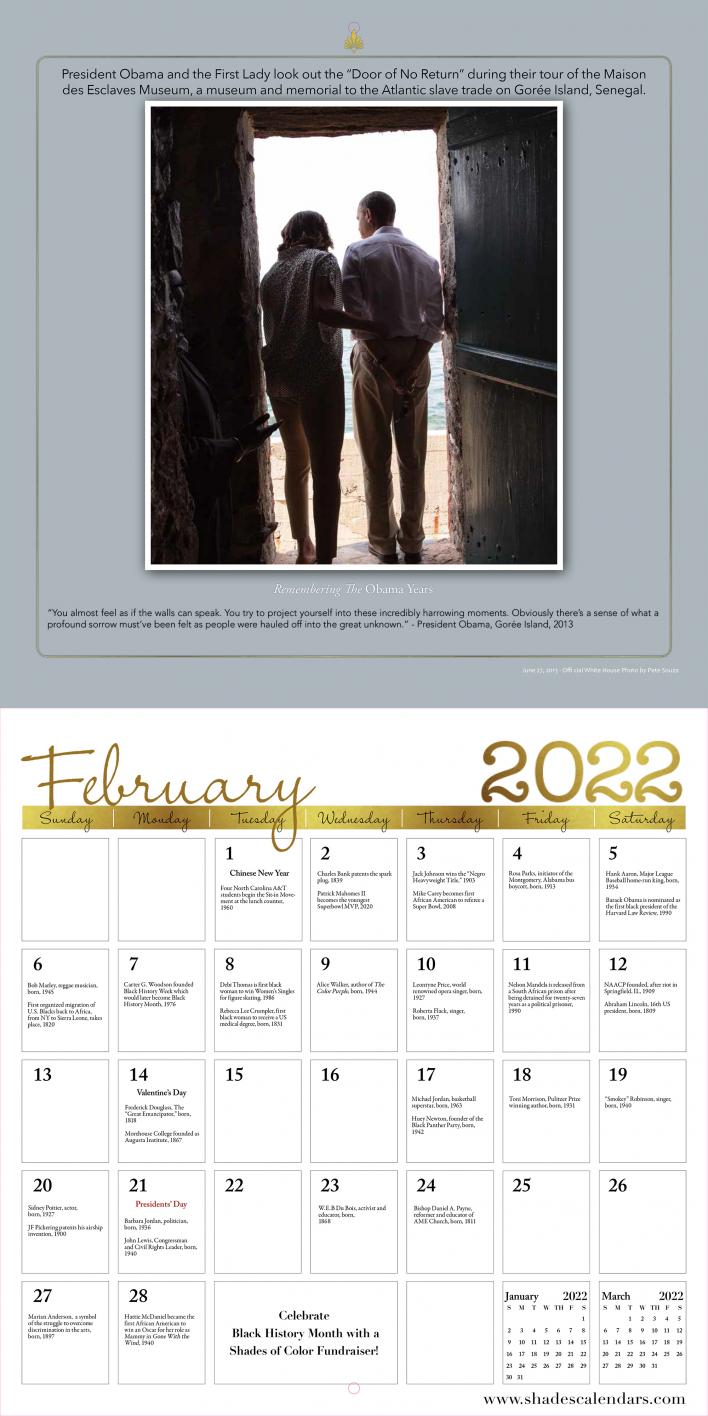 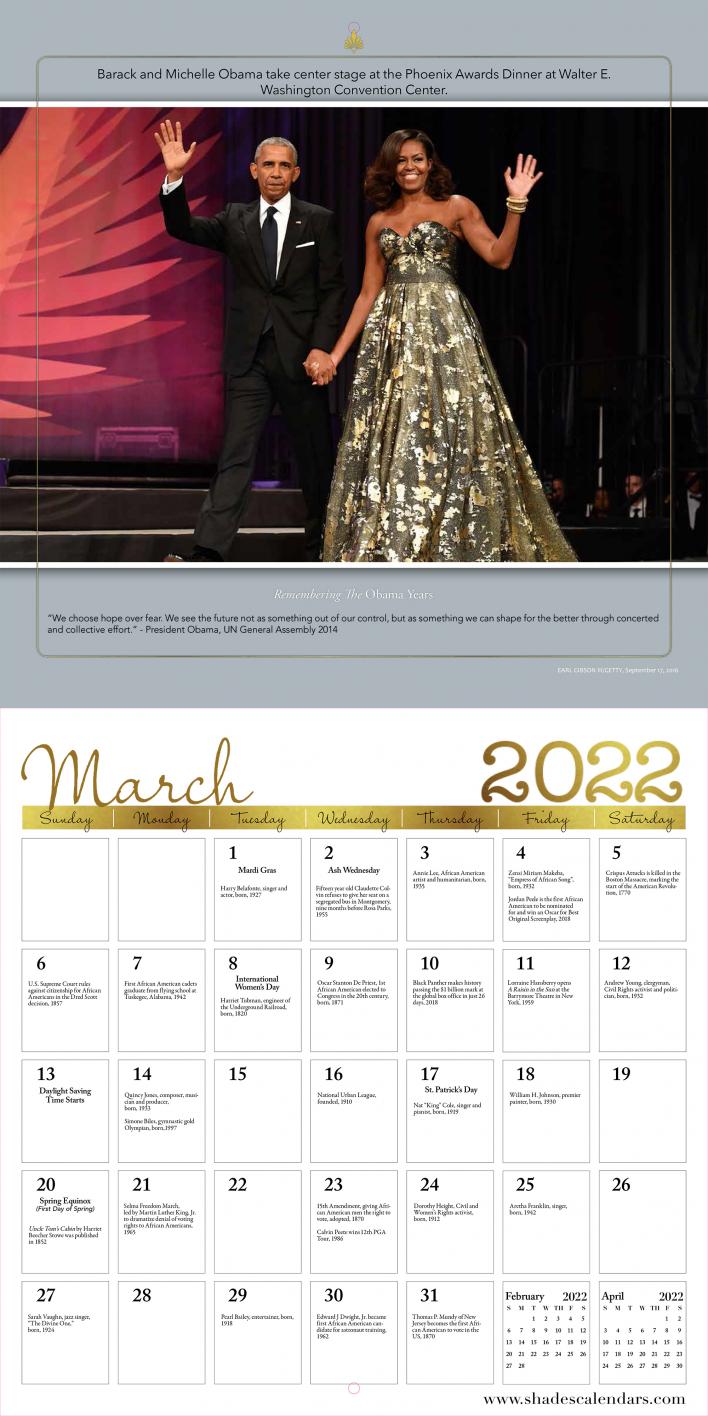 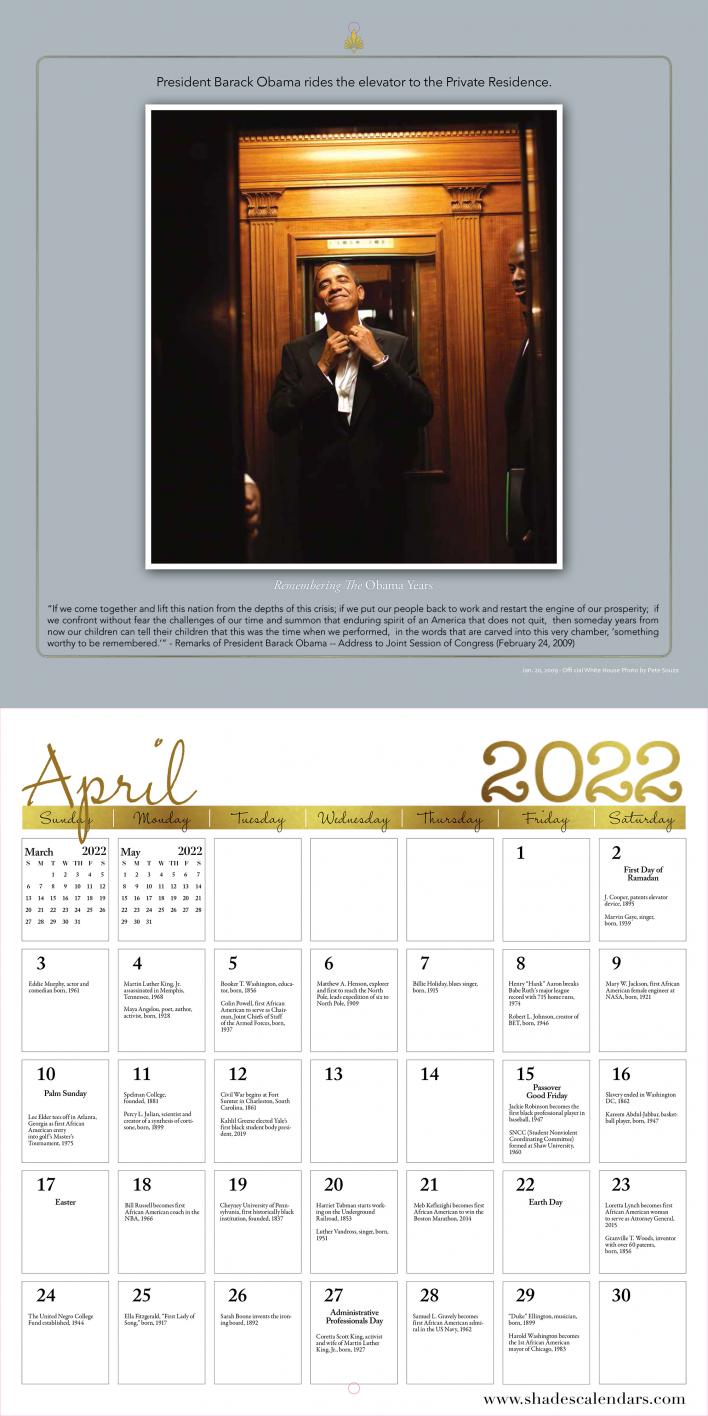 The Obama Years 2022 African American Wall Calendar is a special Barack & Michelle Obama edition of The Obama Years, highlighting the couple and first family throughout the trailblazing presidency.  Featuring iconic images with narrative descriptions, you will relive these great moments of our history. Remember Barack Obama’s historical presidency as the 44th president of the United Stated of America. Packed with black history facts throughout, you will discover something new every day in The Obama Years 2022 African American Wall Calendar. Commemorate the ‘Obama Years’ with this keepsake calendar. Let us always remember that “Yes We Can! Yes, We Did!”